Same Ownership, Same commitment to the Sonoma Community since 1959

"Honoring Those Who Served"

The Department of Defense began the implementation plan for providing military funeral honors for eligible Veterans as enacted in Section 578 of Public Law 106-65 of the National Defense Authorization Act for FY 2000 on Jan. 1, 2000.

Duggan's Mission Chapel can arrange free military funeral honors for eligible Veterans/Retirees at the ceremonies location of your choice, which would include at minimum the beautiful standard folding and presentation of the U.S. Burial Flag with playing of "Taps", for Veterans serving fewer than 20 years in the military, or "full" military honors of an additional gun volley ("21 gun salute") for eligible Retirees of career military service. 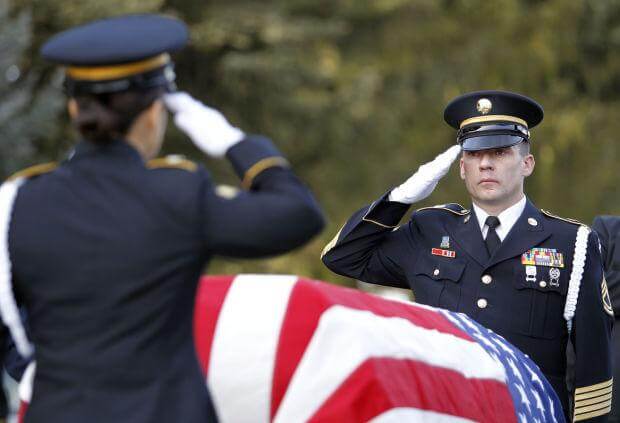