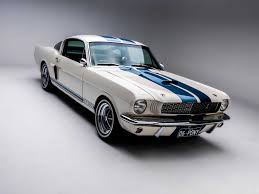 He was born on December 7, 1949 in Compton CA to Robert Mahood and Donna Jean Bliss. He was a proud veteran who served active duty during the Vietnam Era, in Germany for the U.S. Army. After active duty, he attended Sacramento City College for 2 years. He then served many years as a Reservist in the Navy, Marines and Army National Guard. Terry worked for more than 30 years for the State of California in Sacramento, retiring in 2009.

He moved to Sonoma in 2011, where he was involved in the American Legion and served on the board of Sonoma Springs Community Hall.

Terry loved life, family and country. He leaves behind many friends and loved ones, with whom he shared his generous and open heart. One of his favorite interests was restoring old cars. He loved music of the 1960s and especially Bob Dylan and The Beatles. In 2003 Terry quit smoking, a proud accomplishment after smoking for over 40 years. In 2015 he visited Ireland and met distant Mahood relatives in County Cavan. Terry researched his Irish roots and verified his Mahood 2nd great grandfather who came to America during the Great Hunger in 1852. He also identified his German, Norwegian and English ancestors through his genealogy research.

Besides his wife Judy Reyes, Terry is survived by his daughter and son-in-law, Danielle Mahood-Outlaw and Jimmy Outlaw of Elk Grove, CA; his son and daughter-in-law Joel and Lauren Mahood of San Diego, CA, his sister and brother-in-law Sarah and Gary Peles of East Granby, CT, his sister Joann Booth of Moundsville, WV and his cousin Jim Thornton of Wheeling, WV. He was preceded in death by his brother David Mahood in 2004. He had four grandchildren, Tyus, Tim, Tara and Daniel, and 1 great grandson Ta’Vasi, plus many Reyes extended family members who knew and will miss him.

He will be interred in a private ceremony, with military honors on July 31, 2020 at the Sacramento Valley VA National Cemetery in Dixon, CA.

To send flowers to the family or plant a tree in memory of Terry Lee Mahood, please visit our floral store.

You can still show your support by sending flowers directly to the family, or by planting a memorial tree in the memory of Terry Lee Mahood