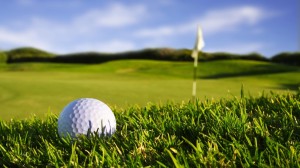 Terrance (Terry) Paul Michael Martin returned to his heavenly home on Wednesday April 15, 2020 after a valiant battle with frontotempreal dementia.

Terry was born in San Francisco and grew up throughout Northern California. After graduating from Palo Alto High School, he enlisted in the United States Navy where he proudly served his country. During the Vietnam War, he was a crew member of the USS Ranger and earned the Armed Forces Expeditionary Medal. After leaving the military, Terry worked in sales for 35+ years for Lilly shipping, Sullair Pacific and Air Perfection. He loved golf, cooking, history, the opera and classical music. Terry was an avid golfer and was the life of the party. He held several positions with the Red Eye Open Golf Association and Richmond Rod & Gun Club.

A special thank you to the staff at Sonoma Post Acute in Sonoma for their loving care and support for Terry over the past several years. We would also like to thank Hospice of the East Bay for their dedicated care for Terry during his final months.

Funeral services for Terry will be at determined at a later date. Terry will be laid to rest at the Sacramento Valley National Cemetery in Dixon, CA.

In lieu of flowers, the family is requesting memorial donations go to the Alzheimer’s Association https://www.alz.org/norcal

To send flowers to the family or plant a tree in memory of Terrance Paul Martin, please visit our floral store.

Services are to be announced