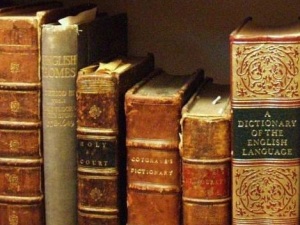 Tawfeek Azeez Shaheen, 86, fell asleep in death at his home in Sonoma on November 7, 2020. He is survived by his brother, Shouky Shaheen; daughter, Suzanne Shaheen-Hansen; son-in law, Daniel Hansen; son, Joseph Andrew Shaheen, and many nephews, nieces, and cousins. He was preceded in death by his parents, Azeez Shaheen and Saleemeh Balluteen Shaheen, his wife, Margaret Vaughan Shaheen, brother Naseeb Shaheen, and his sisters-in-law Doris Shaheen and Piera Shaheen. His oldest brother Shaheen Shaheen died on November 19, 2020.

Tawfeek was born on May 9,1934 in Chicago, Illinois. The Shaheen family moved to Palestine when he was a baby but returned to Chicago in 1938. Life during the Depression wasn’t easy for the family but Tawfeek learned the benefits of frugality, a lesson he carried through his life.

He was baptized with his mother and three brothers as one of Jehovah’s Witnesses on February 15, 1942 at the tender age of 7. He remained steadfast in his faith for 79 years.

He graduated from Northwestern University with a BA in 1955. Upon graduating, Tawfeek briefly worked with his family in the carpet industry, eventually starting his own carpet dye house and processing plant. He was the first to bring a carpet printing operation to the US in 1958. He was friendly, charismatic, and well liked, even by his competitors.

In 1964, while volunteering at a District Convention of Jehovah’s Witnesses in Raleigh NC, he met the lovely Margaret Alice Vaughan. They were married on June 5, 1965. They added to their family with Suzanne, born in 1975, followed by Joey in 1978.

When their son Joey was born with Down’s Syndrome life changed dramatically for the family. Joey could not survive in Georgia due to health issues, so in 1983 Tawfeek sold his business and moved his family to Sonoma, CA. He remained a devoted caregiver to his son’s needs throughout his life.

Over the next 38 years he was involved in real estate, investing, and cultivating his beloved fruit and walnut orchard. Shifting his focus from business to being a “gentleman farmer” was something he found great pleasure in and also fueled a strong animosity to the squirrels that shared his passion for the orchard.

His love for his faith, travel, food, art, music, and literature continued throughout his whole life. Tawfeek was an avid traveler and crisscrossed the globe, often by cruise ship, with his son Joey at his side. He was also well known for sharing his Bible based beliefs, whether it was by door to door in the community, or as a public speaker at Kingdom Halls around the country.

Tawfeek and Margaret had an excellent reputation for their generosity and hospitality, opening their home to countless friends over the years.

Tawfeek spent the great majority of his life in service to others and was well known for his dynamic and unique personality. He will be deeply missed by his family and many friends. We share his strong faith he will be resurrected to perfect life on a paradise earth and look forward to being reunited.

A video memorial via Zoom will be held December 6, 2020 at 4 pm PST. For those who are interested in attending please email: tawfeekshaheenmemorial@gmail.com for the link.

To send flowers to the family or plant a tree in memory of Tawfeek Azeez Shaheen, please visit our floral store.

You can still show your support by sending flowers directly to the family, or by planting a memorial tree in the memory of Tawfeek Azeez Shaheen
Share a memory
© 2021 Duggan's Mission Chapel. All Rights Reserved. Funeral Home website by CFS & TA | Terms of Use | Privacy Policy