Share a memory
Obituary & Services
Tribute Wall
Donations
Read more about the life story of Stephanie and share your memory.

The family of Stephanie Gordon Rugg is saddened to announce her passing on January 11, 2023, surrounded by family and friends in her beloved home in Sonoma. Stephanie was born to Patricia Gordon and Marvin L. Gordon, MD on May 19, 1957, in Columbia Presbyterian Hospital in New York City, where her father was a resident in orthopedics. Shortly before Stephanie was three years old, her family moved to San Francisco where her father established a medical practice. Stephanie started school at Miraloma Elementary School, then attended Burks through Junior High, briefly attended Lowell High School, and graduated from Mission High in 1975. She then attended the University of the Pacific in the Raymond College, where she made lifelong friends. After graduating college, Stephanie parlayed a Pan Am around-the-world ticket into a two-year adventure, ending in Paris in 1980.

She returned to San Francisco in 1981, where she worked at Pacific Concessions. It was there she met her future husband Richard Rugg. They were married in 1985. Richard and Stephanie built a home in Noe Valley in 1987, where they raised two boys, Andrew and Jordan. She loved her home in Noe Valley, where she had wonderful neighbors who became dear friends. Stephanie went to Golden Gate University to get an MBA, graduating in 1987. She soon started Gordon Property Management in 1987, building one of the most respected property management businesses in San Francisco. She was an active member of NARPM, attending conferences across the country.

She converted to Catholicism with her family in 1992 at St. Paul's Parish in Noe Valley, where she found a beloved faith community that she cherished both in prayer and at pancake breakfasts. She found another treasured community in Sonoma, where she moved to in 2012 with her husband Richard. Sonoma was her paradise, where she loved to walk in view of Sonoma's vineyards and attend to her garden. She was thrilled that after raising two boys, she was gifted with four granddaughters.

Stephanie was dynamic, elegant, loving, and driven. Her energy was infectious and she commanded just about any room she entered. She loved the outdoors: she was an avid skier, hiker, and gardener. She always looked forward to the yearly trip to Angel Island with her college friends. One of her cherished memories was attending The Beatle's last concert at Candlestick Park in 1966.

She is survived by her husband Richard Rugg, her children Jordan (Nicole) Rugg and Andrew (Kendall) Rugg, four granddaughters, and her parents.

A memorial service will be held on February 17 th at 10:00 AM at St. Pauls Church in San Francisco with reception to follow.

To send flowers to the family or plant a tree in memory of Stephanie Gordon Rugg, please visit our floral store. 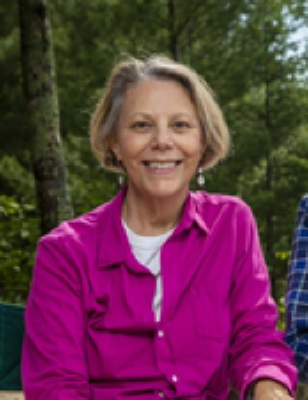 You can still show your support by sending flowers directly to the family, or by planting a memorial tree in the memory of Stephanie Gordon Rugg
SHARE OBITUARY
© 2023 Duggan's Mission Chapel. All Rights Reserved. Funeral Home website by CFS & TA | Terms of Use | Privacy Policy | Accessibility