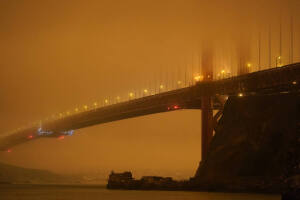 Robert Charles Friese, known to friends and family as “Bob”, passed away on Thursday, May 13th at his home in Sonoma, CA. Bob will be remembered for his unconditional warmth, his limitless generosity, his extraordinary intellect, and his uproarious sense of humor.

Bob was born on April 29th, 1943 in Chicago, IL to Earl and Laura Friese, respectively a lawyer and a music teacher. The family lived on the South side of Chicago and spent most weekends in nearby McHenry, IL at their home on the Fox River, where Bob developed a fondness for nature that would become a hallmark of his character.

Bob attended the Chicago Latin School, where he placed at the top of his class academically while competing on the basketball, bowling, and football teams. Whereas Bob’s prowess in basketball and bowling cannot be called into question - later in life he would bowl a 299 and turn down an offer from the Professional Bowling Association of Switzerland - he often confessed that his success in football was largely contingent on playing end opposite a future NFL player, who drew a disproportionate amount of defensive attention.

After an achievement-studded high school career, Bob enrolled at Stanford University in 1960. At Stanford, Bob quickly established himself as a leader. He was elected president of his freshman class and, later, president of the local chapter of the Kappa Alpha fraternity. In these roles, Bob began what would become a legacy of leadership for progressive change: during Bob’s tenure as KA president, he led a successful effort to remove restrictive language from the fraternity’s bylaws that required new members be White and Christian to be eligible for admission.

An International Relations major, Bob was quickly bitten by the travel bug and moved to Geneva, Switzerland upon graduating from Stanford. His experience abroad began a lifelong love affair with Europe, its cultures, and its peoples, with language playing a particularly influential role therein. Gifted with an innate ability to imitate accents and sounds, Bob frequently fooled Swiss, French, and German residents into thinking he too was a local, even daring to successfully “BS” his way across the Berlin Wall and back multiple times. By the time Bob left Europe in 1966, he was fluent in French and German.

Upon returning to the United States, Bob enrolled at the Northwestern School of Law in Evanston, IL in 1967, which launched an illustrious career in litigation that would span more than 50 years. Graduating from Northwestern in 1970, Bob chose to move to San Francisco, a decision that would bind him happily to the West Coast for the rest of his life.

Upon settling in San Francisco, Bob took up a job as an attorney with the Securities and Exchange Commission, showcasing his legal prowess in multiple high-profile case wins and establishing securities law as his primary area of expertise. Four years into his law career he started his own practice, co-founding Shartsis Friese LLP with close friend Art Shartsis in 1975. Over the next 45 years, Bob and Art would build Shartsis Friese into one of the premier midsize law firms in the United States.

At Shartsis Friese, Bob was as renowned for his unconditional warmth as he was for his legal prowess. Bob knew everybody in the firm’s building at One Maritime Plaza, and he treated every person he met with warmth, respect, and genuine interest. More often than not, Bob began his workday with a long conversation with the security guards in the lobby, checking in on their families and general well-being, and ended it sharing a hearty laugh with the building’s parking lot attendants.

Bob brought an ageless energy to his profession and to his firm. He competed ferociously - indeed, ferociously - on the firm’s recreational sports teams well into his 70s, pitching the Shartsis Friese softball team to multiple league championships. Consistently competing with athletes half his age, Bob offset his declining athleticism with an increased devotion to hard-nosed defense. On the basketball court, Bob, having defensively locked his opponent into a physical embrace, would apologetically explain to them, “I’m a people person.”

As Shartsis Friese matured, Bob came into his own as a San Franciscan. He assumed the mantle of San Francisco Beautiful, a civic organization dedicated to preserving the city’s aesthetics and culture, including a successful effort to save the cable cars from retirement. He became a patron of the arts, frequently attending and supporting San Francisco’s Symphony, Opera, and museums. He became an outspoken advocate for the “Its-It” ice cream sandwich. And, in a small shop in San Francisco’s Chinatown district, he met a beautiful woman named Chandra who he would marry in 1981.

Family life for Bob was closely intertwined with his love of nature. In 1988, he and Chandra purchased a home in the hills of Sonoma, CA, a place where the family, free of urban distractions, could appreciate each other and the tranquility of the natural world. Bob’s mornings in Sonoma were often spent tending antique fruit trees and chopping firewood with his three children, while his afternoons frequently featured birdwatching with a glass of local wine in hand. In true Bob fashion, he could name virtually every species of bird that crossed his path, and his family often ribbed him for his excessive admiration of hummingbirds.

It is amongst all this natural splendor that Bob left us. He had been diagnosed with Alzheimer’s disease in 2016, and was cared for and surrounded by family up until the very day of his passing. He is survived by his wife Chandra, their three children, Matthew, Mark (Mallory), and Laura, and his brother John (Toni), of Santa Barbara. Bob leaves behind a legacy of unconditional kindness, advocacy for the less fortunate, and stewardship of the natural world. He cared about everybody, and he brought happiness, laughter, and goodness to everyone and everything he touched. He was a gift to this world and will be dearly missed but always remembered. Details for a celebration of Bob’s life are pending. Donations in Bob’s honor can be made to San Francisco Beautiful or the Greenbelt Alliance.

To send flowers to the family or plant a tree in memory of Robert Charles Friese, please visit our floral store.

You can still show your support by sending flowers directly to the family, or by planting a memorial tree in the memory of Robert Charles Friese
Share a memory
© 2021 Duggan's Mission Chapel. All Rights Reserved. Funeral Home website by CFS & TA | Terms of Use | Privacy Policy