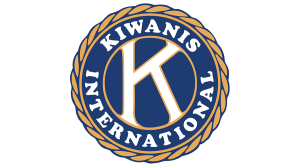 Long time Sonoma resident and local business owner of Off Broadway Cleaners Inc. with his wife Laura. Barry passed away at 6:44pm on August 10th, 2022 with family holding his hand by his side. He was the youngest son of Elwood Bosshard (1917-1958) of California and Margaret “Joy”ce (Barnett) Bosshard (1923-1972) of England. Barry was born January 2,1950 on a military base in Great Falls Montana.

As a young teen, he attended a boarding school at San Rafael Military Academy for boys where he met his lifelong best friend Ted Pollock in 1963. They even continued on to college at USF together. Barry and his wife of over 48 years, Laura Bosshard(Longacre) met at Doggie Diner in San Francisco on Sloat Blvd where he was working as a cook when he was 20 years old. They had their first date in April of 1970 when Laura had just turned 18. The following year they moved to Sonoma to help his mom in the dry cleaning business. Barry and Laura Married in January of 1974 and had their daughter Joy (who was named after his mom who passed away in 1972). When he was not busy at work you would see him drive past in his Corvette or you could find him at the local bowling alley where he and Laura were in the Sonoma league. Barry was a very active member of the community. He was a volunteer fireman for Sonoma Valley for several years. Barry always loved baseball. He was on “Eraldi’s” fastpitch baseball team at Arnold Field, as well as his slow pitch team at SDC in Glen Ellen “The Bad News Bears” and played on both teams simultaneously for years. He enjoyed watching the Sonoma Stompers play and was proud to sponsor players each season.

From the 1970s - 1990s he enjoyed spending weekends in Tahoe in the winter skiing at Northstar with wife Laura, daughter Joy, and his closest friends. Summers he always loved to be out on lake Berryessa in his boat “Running Bear” racing across the water, listening to loud music, spending time with friends and family, and enjoying the sunshine. He really loved supporting DJ & Travis at every baseball game he could attend. He never missed any of DJ’s wrestling matches. He looked forward to cheer competitions in Disneyland with the whole family to watch his granddaughter Meagan and went to every football game he could. You could always hear him cheering in the stands no matter what event he was at. Barry loved his family more than anything in this entire world.

Barry was a member of The Sonoma Kiwanis Club for many years and served as their treasurer. Barry was also a member of California Fabricare Institute and served as their president. Barry went to school at NID in 1971 in Silver Springs Maryland to learn dry cleaning. He went back to school at the University of San Francisco to complete his degree in 2007. Barry & his daughter Joy loved volunteering together on holidays delivering hot meals to those in need. He and his big brother Steve enjoyed volunteering at the local food bank. He enjoyed helping his brother with Toys for Tots each holiday season.

To send flowers to the family or plant a tree in memory of (Norman) Barry ("Papa Bear") Bosshard, please visit our floral store.

A Memorial Tree was planted for (Norman) Barry