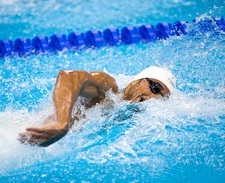 Lewis Edward Cook, Jr. was born to Roselle and Lewis Cook Sr. on August 6, 1937 in Oakland, California. He graduated from the University of Indiana and started his career as an appraiser and later as a VP of Home Federal Savings and Loan.  He built his first apartment building, in Pleasant Hill, at age 34. His early investors were friends of his father.  After that first success, he continued with other projects, then left the bank and formed his own property development company in 1976.  His most daunting project may have been Waldo Point Harbor, a 282 houseboat marina in Sausalito, which took 35 years to complete because he had to work with 34 different agencies for permits and approvals.  Lew remained active in his company until the end of his life and had many third generation investors from the original families.

Lew married Susan Yoss in 1977 and they raised their son Lewis III and daughter Alison in San Francisco and Larkspur.  In 2001, Lew and Susan moved full time to Glen Ellen where they had owned a farmhouse since 1986. Lew was a proud and devoted father and shared with his children his love of sports (especially swimming), competition, travel, and adventure.

Lew was a gifted athlete. He became an All-American swimmer in high school and in college he swam for the legendary coach Doc Counsilman during the years when Indiana dominated swimming in the United States.  Lew was the third fastest back-stroker in the United States and the first alternate when the two faster swimmers, also from UI, went to the 1960 Olympics in Rome. One day he borrowed his teammate Mike Troy's swim pass to enter the Olympic Stadium.  He watched as Mike won the gold medal in freestyle.  When he left the stadium with Mike's pass, the newspapers were alerted and Lew saw his own photo on the front pages of European newspapers above the headline "Mike Troy wins Gold Medal."

While at UI, Lew also rode in the Little 500, the world's largest collegiate bike race which raises money for scholarships at the University and was famously depicted in the classic inspirational film "Breaking Away."  Lew was a member of the winning team three times.

Lew remained active in masters swimming and also competed in triathlons placing first in his age group at the Nationals in Hilton Head, NC. when he turned 50. His team from the San Francisco Olympic Club still holds the record for the fastest relay team over age 40 to swim the English Channel.  He was also on the only relay team to swim from the Farallon Islands to San Francisco.  At the time they did not know it was a great white shark breeding ground.

Lew loved his family and was kind to everyone.  He is survived by his wife, Susan, his daughter Alison Crossland, and granddaughter Sierra Crossland.  His beloved son Lewis Edward Cook, III predeceased him. His niece and nephew, Yoshi Honda and Tami Honda Choy live in Honolulu with their children.

A memorial service will be held at St Andrew Presbyterian Church, 16290 Arnold Drive, Sonoma on Saturday, June 19th at 2:00 PM.

To send flowers to the family or plant a tree in memory of Lewis Edward Cook Jr., please visit our floral store.