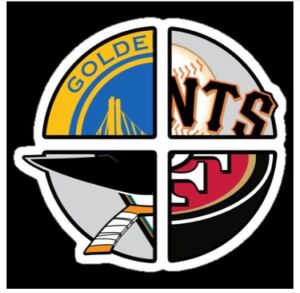 Julio Manuel Rosales passed away on August 6, 2020 at the age of 65 in Sonoma, CA due to complications with COVID-19.

He is predeceased by his parents, Armando and Ligia Rosales.

He is survived by his siblings, Armando Rosales, Jr., Victor Rosales, Jaime Rosales and Ligia Mathews (Alexander), his nieces and nephew, Rebecca, Christina and Mitchell, his great nephews, Elijah and Noah, and a great number of extended family and friends.

Julio was born on March 4, 1955, in San Francisco, CA, the second oldest of five children.  He graduated from a parochial school (St Elizabeth’s), Portola Junior High, and Lowell High School. He also attended San Francisco City College, where he joined the football team.

Julio was very devoted to his faith. He became a Eucharistic Minister; he was choir member at several parishes, attending numerous Masses on Sundays; he spent much time praying the rosary, often multiple sets of mysteries, as well as the chaplet of mercy.

Julio’s voice will always be remembered by those who loved him.  Whether he was singing harmony as a tenor at the numerous choirs he joined, or his forceful chant as a cheerleader, he always made an impression, as he had a gift that he was all too willing to share, until he was disabled by a stroke in 2015.

Julio began singing as a child in both English and Spanish. He formed a musical group with his three brothers imitating “The Beatles.”   He continued to develop an appreciation for numerous genres of music and became a music collector.

Julio enjoyed living life to the fullest. He was an avid sports enthusiast and enjoyed going to music concerts. He was a 49er season ticket holder, organizing tailgate parties and cheering for the team.  He enjoyed going on the most thrilling rides at amusement parks. He loved food, and took pride in being a connoisseur of sorts, experimenting with various cuisines and becoming knowledgeable about the most delectable ingredients.

Julio had a very youthful attitude all his life.  He loved caring for his nieces and nephew; he was a Godfather, sponsor and mentor to them, and they loved him dearly.

Julio spent countless hours helping at Friends in Sonoma Helping (FISH). He always willing to share, even if he did not have much. He will always be remembered for his loving soul, his jolly attitude and his generosity.

A private internment was held at Holy Cross Cemetery on August 24th. A private memorial service is scheduled to be live-streamed (onYouTube and Facebook) at 10:00 a.m. on Friday, September 4th 2020 at St. Francis Solano Church.  A Celebration of Life is planned for a later date.

To send flowers to the family or plant a tree in memory of Julio Manuel Rosales, please visit our floral store.

You can still show your support by sending flowers directly to the family, or by planting a memorial tree in the memory of Julio Manuel Rosales