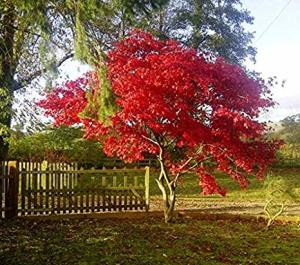 James Michael Lehane (Jim) passed away on February 13th in his Glen Ellen home in the arms of his family after a ten-month battle with pancreatic cancer. Born, January 13, 1956 in San Francisco, Jim, one of six children to John and Grace Lehane, grew up in the Inner Sunset District. He attended Saint Cecilia’s Elementary School and Sacred Heart High School. After high school he attended City College of San Francisco and worked as a police Cadet. He made a career change and became a plumbing apprentice for UA Local 38 in 1977. He worked as a plumber for A. Valente and Sons on Union Street in the City until he was hired by the Department of Public works, City and County of San Francisco in 1986. Eventually he transferred to the Public Utilities Commission where he was promoted to Plumbing Supervisor at the Southeast Sewage Treatment Plant.

He retired in June 2018. He met his wife Debra in 1978. It was their mutual love for scuba and free diving that brought them together. They were married in 1985. Jamie, their daughter, was born in 1987. In October 1989, they moved to Glen Ellen.  The family grew when their son Sean was born in 1991. Jim was a dedicated family man. He was always at horse show events for Jamie or football, wrestling and track events for Sean. He especially liked helping Debra by assisting with art installations around Sonoma County. Many of the artists he helped appreciated his skill in using heavy equipment, his easy-going manner and his attention to safety. His personal interests involved photography, culinary arts and gardening, especially Japanese maples and orchids. He enjoyed watching home improvement shows like This Old House and cooking shows like American Test Kitchen.

Jim was very proud of his Irish heritage. He had a dimple in his chin and one of his favorite sayings was “dimple in chin, devil within”. Jim wore hats and never left the house without one.

A Celebration of Life event is being planned.

To plant a tree in memory of James Michael Lehane, please visit our tribute store.