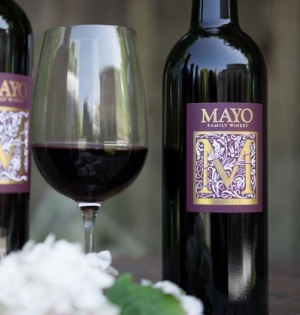 It is with a heavy heart we mourn the death of Henry Mayo, a wonderful man, son, husband, father, and grandfather and friend to so many  He suffered a serious fall from which he did not recover.

He was born at home in Pittsburgh, PA. to Henry Hollister Mayo and Glee Kiser Mayo. He was the fifth and last child in the family. He grew up during the Depression and World War II, and delivered newspapers in his neighborhood. He was in the class of 1952 at Perry High School and then enrolled at Drexel Institute of Technology in Philadelphia. In November of 1955 he was one of 20,000 men ever drafted into the peacetime U S Navy and served as a Radioman on the USS Taluga. He made life-long friends in the Navy.   While attending Radioman’s school at Treasure Island he attended Glide Methodist Church in San Francisco  where he met Diane Johnson, a 1952 graduate of Sonoma High School. They were married in 1958, moved to Berkeley while Henry attended University  of California. Their daughter, Meredith was born in 1959.

In October of 1960 they moved to Santa Rosa where Henry worked  at Summit Savings and Loan. He  was a Loan Officer and Appraiser in Santa Rosa and Sonoma County.  He became a member and then President of the 20-30 Club and participated in their philanthropic projects.  His first son, Henry Brian was born in 1964 and his second son, Jeffrey Hollister was born in 1966.    He loved Real Estate and in 1972 he and Robert Moratto formed Sonoma Properties, a Real Estate company on Broadway in Sonoma. Over their years together they sold homes and built homes and expended the company to 7 offices at one time with over 100 agents.  The company became Prudential California Realty and then Frank Howard Allen.

Henry loved Real Estate and Sonoma Valley. He was very philanthropic and participated in as many projects as he could to better the Valley. He loved to ride his bike all around town and was known as “The Real Estate Peddler”. He was proud to be a charter member of the Sonoma Plaza Kiwanis Club and participated in their many fundraising events.   He was a member of the Foundation of Santa Rosa Memorial Hospital. Henry and Diane were long-time members of First Presbyterian Church of Santa Rosa, and then long-time members of St Andrew Presbyterian Church when they moved to Glen Ellen in the 80’s  He was a devoted Christian and church-goer.  And also loved to travel, visiting over 170 countries and all the states, always anxious to see what was down the road. But Sonoma Valley was his true home.

He retired in 2009, and took great pleasure in tending his Chardonnay vineyard he planted in 1990. By 1993 he established Mayo Family Winery known for Single Vineyard wines. In 1995 he was joined by his son Jeffrey. 2020 marks their 28th harvest

A memorial Celebration of Life for this wonderful man will be held when gatherings are allowed.

To send flowers to the family or plant a tree in memory of Henry Kiser Mayo, please visit our floral store.

You can still show your support by sending flowers directly to the family, or by planting a memorial tree in the memory of Henry Kiser Mayo
Share a memory
© 2021 Duggan's Mission Chapel. All Rights Reserved. Funeral Home website by CFS & TA | Terms of Use | Privacy Policy