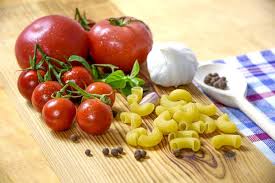 Geraldine (O’Connor) McConnell, the loving wife of Bay Area broadcaster Joe McConnell, died on May 20th after a long battle with metastatic breast cancer at the age of 62.  Geraldine was born in Los Angeles to Jack and Jane (Jenny) O’Connor, who were both natives of Cork City, Ireland.   She spent her toddler years in Los Angeles before the O’Connor family moved to South San Francisco.  She attended St. Veronica’s elementary school, graduated from Mercy High School in Burlingame, Class of 1976, and attended City College of San Mateo.  Geraldine had a successful career in both media and government, starting as a radio reporter for KVON/KVYN in Napa, where she and Joe met.  She also excelled as a street reporter for San Francisco stations KGO, KNBR and K101 before transitioning to working for several Bay Area elected officials, including then-Assemblywoman Jackie Speier, former state Senator Quentin Kopp, the late Congressman Tom Lantos and former Assemblyman Gene Mullin.  She also worked in government affairs for biotech giant Genentech.  Geraldine and Joe married in 1990 in St. Helena and lived for nearly 20-years in Burlingame before moving to Sonoma in 2012, surrounded by friends in a community they love.  Geraldine had many close friends and was widely known for her charm, wit, wisdom, kindness, generosity and integrity.  She had great passion and energy and she is fondly remembered as a raconteur with a big, infectious laugh.  The world has lost one of its brightest lights.  A celebration of her life will be planned when large gatherings are possible again.  In lieu of flowers, please send donations to the charities listed on this memorial tribute webpage.

To send flowers to the family or plant a tree in memory of Geraldine (O'Connor) McConnell, please visit our floral store.

Future services to be announced