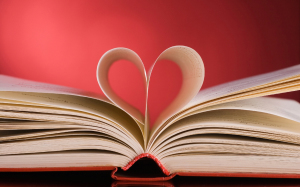 Frances “Eloise” Rosendahl (née Christianson) was born May 30, 1923, in Gully, MN, to Martin and Florence Christianson. She was the oldest of four children that included Roger, Helen and Mardelle. She passed away peacefully on February 27, 2020, in Sonoma, California, at 96 years of age.

Eloise loved to share her childhood memories. Growing up in rural northern Minnesota, Eloise and her family used an outhouse. Water was collected by means of a hand pump in the yard and carried into the house. As children, she and her siblings, after finishing chores on the farm, would walk to the country school. In the wintertime, they would cross-country ski through the fields to get to school. They did homework by lamplight. When they were in high school, due to farm work that had to be done, Eloise was disappointed that she couldn’t take part in after school activities. Eloise remembered that her mother sewed most of their clothing and made some of her skirts out of men’s pants.

Eloise graduated from Fosston High School in 1941. She attended Bemidji State Teachers College (later Bemidji State University) and worked for a local family for $1.25 per week. Because work took precious time away from her studies, she took out a loan, attended the Business College full-time, and earned a diploma.

During World War II, Eloise and her friend Marilyn took the Civil Service test. After receiving high scores, both were offered jobs and together took a bus to Chicago. There, they shared an apartment and cooking duties with a third young woman whose husband was away fighting in the war.

While living in Chicago, Eloise met Elwin “El” F. Rosendahl. They married on May 29, 1947. After being transferred to northern California, El worked as a salesman selling western wear for Levi Strauss. El and Eloise later bought a beautiful ranch, complete with acreage and a horse barn, and made their home in Sonoma.

El and Eloise were personal friends with Peter Haas, owner and manager of Levi Strauss before it went public. Eloise took care of the paperwork associated with El’s job, which was an open secret since she wasn’t a Levi Strauss employee. Because her work was done so perfectly, management looked the other way. Levi Strauss would send new employees to stay with and be trained by El (but really it was Eloise).

When El and Eloise visited family in the Midwest, Eloise always brought gifts of Levi jeans and bags for her many nieces and nephews. She enjoyed giving gifts to people that she loved and didn’t need a birthday or holiday as an excuse. One niece wrote in a letter to Eloise, “I was in the habit of sewing my own purses until you got me hooked on the Levi’s bags! You kept me stocked in them during my teen years and I wore them out like a good pair of Levi’s.”

Eloise was a proud foster parent for the non-profit Guide Dogs for the Blind. She had a breeding pair of dogs, Cochise and Renna. They would live with her until Renna was about to give birth, then Renna would go back to Guide Dogs, give birth, care for the pups until weaned, and then return to Eloise.

Eloise and El adopted a pet cow named Eleanor and included Eleanor in many Christmas photos. They had a horse named Baby that, when Eloise sold the ranch, moved to Eloise’s niece Susan’s home, also in Sonoma. Eloise would visit Baby every week. El and Eloise also had a chicken named Sadie that lived in the horse barn. Sadie always slept behind one of the horses so that the raccoons and skunks couldn’t get her. Eloise had an old horse trailer and in it she would put cat food for, at one point, nearly 40 feral cats that lived in the area. When Eloise’s beloved cat Tony died in 2019, she was bereft. Her great niece Gillian loaned her cat Watson to Eloise so that she wouldn’t be lonely. Eloise promptly renamed Watson “Tony.”

In 1971, when Eloise’s handsome nephew Mike Holm was in the Navy and stationed in the Bay Area, Eloise happily played matchmaker. As the story goes, Mike was at the ranch painting Eloise’s barn. A close friend’s pretty daughter Lynn was also there sewing new curtains for the house. When it was time to hang the curtains, Eloise told Lynn, “My nephew has the ladder and can help you.” After hanging the curtains, Eloise offered to take her two helpers out to dinner at the Swiss Hotel in downtown Sonoma. The rest is history! Mike and Lynn will soon celebrate 46 years of marriage.

Eloise and El were consummate hosts and loved to entertain at the ranch. Guests enjoyed the sprawling ranch, horseback riding, and swimming in their pool on hot California days. After El passed away, Eloise continued to host dinners and game nights. She was a good cook and, in the summer months, strawberry shortcake was always on the menu. Eloise was an avid bridge player and considered one of the best in whatever group she played. She taught many nieces and great nieces how to play canasta. Later in life, she loved having visitors to her home to introduce them to her cat and, when family came to visit from out of state, she enjoyed treating them to a meal.

Although Eloise and El never had children of their own, Eloise loved children. Her great niece Gillian (Goggin) Blake wrote of Eloise in a recent tribute, “Most of my childhood memories were from your house. At every family dinner, you let me dress you up with all your costume jewelry. I would go into your sunroom and pick out cat books for you to read to me. It was only after I learned to read that I realized you made up stories for me every time. I lovingly referred to you as Auntie, not Aunt Eloise (unless I had to specify). You were so much more than a great aunt, which is why you were always Auntie, as if that explained it all.”

Eloise loved a reason to laugh and had a quick wit. Her niece Becky remembers Eloise visiting her several times in Alaska. During one visit to Becky’s home, Auntie looked up at the marbled light fixture and asked, “What’s that?” Becky’s husband Rod smiled and said, “Fancy!” They all howled with laughter and chuckled about it many times over the years. During another visit to Alaska near her 75th birthday, Eloise was looking out the window and said, “I’d like to see a bear.” Just then, a black bear appeared in the yard!

Eloise made friends easily and they tended to be friends for life. She remained lifelong friends with the two roommates she had in Chicago during the war.

Her niece Susan was the closest Eloise had to a daughter. For many years, twice each week without fail, Susan would pick up Eloise and drive her to the grocery store and other appointments. Eloise spent holidays and birthdays with Susan and her family and friends. When the time came, Susan moved Eloise to a senior living facility close to Susan’s home, then visited her regularly. Eloise relied heavily on Susan over the years and the family is forever grateful for Susan’s love and care for their cherished aunt.

Eloise was preceded in death by her husband El in 1991. Her parents, all siblings, and beloved nephew John Goggin preceded her in death.

If you would like to make a donation in Eloise’s honor, please consider https://www.guidingeyes.org/ or your local humane society.

To plant a tree in memory of Eloise F. Rosendahl, please visit our tribute store.

You can still show your support by planting a memorial tree in the memory of Eloise F. Rosendahl