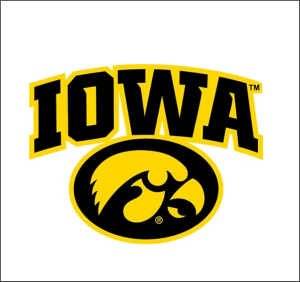 Known to many of her friends as DJ, Deborah Wassgren Johnson of Sonoma, California, unexpectedly passed from this life on earth on Saturday, May 30, 2020, at the age of 69 years.

Deborah, the daughter of Milton and Betty, nee Reimer, Wassgren was born July 12, 1950, in Schleswig, Iowa.  She was reared as an only child by her parents, living her entire childhood in the rural farming community of Schleswig and graduating from the Schleswig High School in 1968.  Excited to face the world Deborah looked forward to spending that summer staying with relatives in Los Angeles, CA, so she could explore the adventures of an urban setting and the California beaches.  The trip began with greater excitement than expected as she became a witness to the assassination of Robert F. Kennedy.  That summer was the start of her love of the Western United States.  Upon returning to Iowa Deborah enrolled in college at Drake University in Des Moines, Iowa, graduating in 1972 earning a Bachelor of Fine Arts Degree in Speech Communications.

Ready to move West, Deborah moved to Tucson, Arizona, after a brief stay in the state of Colorado.  In Tucson she studied hard, secured her real estate license and entered the real estate profession.  Working diligently she very shortly thereafter started her own real estate agency with one partner. With her energy and skills at work the agency grew and offered Deborah a solid professional and respected real estate business.  It also gave her the opportunity to meet many people and make new friends, including a lifelong lasting friendship with Jack Semegen.  In 1990 the urge to continue moving west struck again.  The business was closed and Deborah found her way to Half Moon Bay, California, where she again worked as a realtor.  Wanting to do more Deborah again studied hard and secured her broker’s license and began a career as a real estate mortgage lender, in which profession she stayed until her retirement in 2016.

It was here in Half Moon Bay also that Deborah especially showed her gifts of love and generosity when she took it upon herself to bring into her home a young teenager who had lost his mother to cancer.  She treated him as her own natural child, guiding him, supporting him, teaching him, no doubt disciplining him and loving him.  A new family was found by Deborah and Manny enriching both of their lives.

Deciding to spend her retirement years in a new location Deborah, as usual, made her quick, but well thought out, decision and moved from the foggy Half Moon Bay Pacific coast to the sunny wine country of Sonoma, California.  She packed up her life’s treasures, bought a home and never looked back.  She quickly became active in all Sonoma had to offer.  She joined the Newcomers Club heading various committees and was serving as vice president at the time of her death.  Deborah also became very active in a local charitable organization whose purpose is to support local nonprofits by giving them annual monetary grants from funds provided by the organization’s members.

Even with these commitments she still had time to enjoy the many leisure activities and dining opportunities of the wine county.  She enjoyed the arts and attended the theater and concerts.  She regularly visited the local museums as well as the museums in San Francisco always looking forward to new special exhibits.  Not forgetting the sports world, she was passionate about both collegiate and professional football and basketball, particularly supporting the University of Iowa Hawkeyes.  She made it very clear to everyone that she was not to be disturbed on Saturdays or Sundays during the autumn football season. She was an avid reader who loved history and made sure she learned the history of each place she lived.  This fascination of history also continued into her own family tree.  She enjoyed introducing and sharing the individuals of past generations of her German heritage with the new young members of her family.  This also kept her close to the Schleswig community and to her many childhood friends.  Even though her adult life was lived in the West, she always had a soft spot for her Midwest “home town”.

Deborah had a strong, determined personality never backing off of a challenge and meeting each life adventure with full force.  This vibrancy of life will be greatly missed by all who loved and knew her.

Deborah was predeceased by her parents.  She is survived by her son, Manny; close cousin, Craig E. Claussen; dear friends, Jack Semegen and Deborah Phillips as well as many other loving, cousins, friends and relatives.

A memorial gathering will be held at a future date.  If anyone wishes to recognize Deborah, the family requests that in lieu of flowers a contribution be made in her honor and memory to a Veteran of Foreign Wars organization, to the Wounded Warriors Project or to a charitable organization of your choice.

To send flowers to the family or plant a tree in memory of Deborah Wassgren Johnson, please visit our floral store.

You can still show your support by sending flowers directly to the family, or by planting a memorial tree in the memory of Deborah Wassgren Johnson