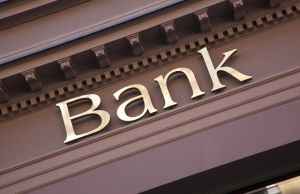 Charles Wesley Young (Check), age 90, much loved by his family and community, passed away from pneumonia on Thursday, January 20, 2020 in Sonoma, California. Chuck was born to the late Arthur and Bernice Young in St. Joseph, Missouri on March 9, 1929. After graduating from high school in Columbus, Ohio, Chuck went on to have 2 distinguished careers: 20 years a piece for the U.S. Army and Bank of America. An injury suffered in 1954 during the Korean Conflict sent him to Japan for rest and recuperation. There he met and married Mie Sakura (Judy) in July 1954 and had one son, David. Chuck did two full tours of Viet Nam (one year a piece) and a third tour of 6 months. He retired from the U.S. Army in 1971. In 1973, he was asked by Bank of America to work in their new Asia credit card division based in Hong Kong. Chuck retired from the bank in 1994 after the passing of his wife, Judy, the prior year. He chose to retire in Sonoma where he became an active member of the local community--especially with volunteer driving for the American Cancer Society and F.I.S.H. (Friends in Sonoma Helping). He had great interest in his chosen church (St. Andrew), for which he had an enormous amount of love and respect. On a return visit to Ohio for his 50th high school reunion, he re-connected with an old classmate, Mary Alice Welsh, and they were married in September 1984 and remained so until Chuck's passing.

Chuck is preceded in death by his wife Judy and siblings Janice, Mickey, Dorothy, Stanley, Dick, Wayne and Esther. He is survived by his wife, Mary Alice, son David and siblings Lois, Jim, June, Bill and numerous nieces and nephews.

Chuck's and Judy's cremated remains will be inurned at the St. Andrew columbarium.

A service summary is not available
Share a memory
© 2020 Duggan's Mission Chapel. All Rights Reserved. Funeral Home website by CFS