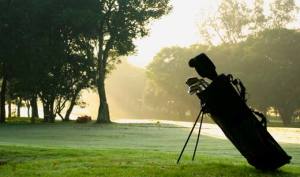 Charles (Charlie) Gayle Avery was born October 24, 1926 in Cleaton, Kentucky. He died August 13, 2021 He was 94. Charlie was a Navy veteran of WWII, Korea and Vietnam. He was a devoted husband and father, a good neighbor, citizen and friend. He was an avid golfer and prolific blood donor.

Charlie was raised on a farm in Central City, Kentucky and attended a one room schoolhouse. He was a precocious child and skipped two grades to graduate high school in 1943 along with his older brother, William Douglas.

In 1943, Shortly after Charlie’s 17th birthday he joined the Navy and served aboard the USS Lexington in WWII. After the war, Charlie used the GI bill to attend the University of Washington in Seattle, Washington where he met his future wife Eleanor Neil Parkes who was attending school for nursing. Eleanor Neil (Parkes) and Charles Gayle Avery were married in 1948. Charlie and Eleanor were married until Eleanor passed in 2007. They had four children: Charles G. Avery, Jr., Denise (Avery) Albriton, Catherine J. (Avery) Thomas and Theresa (Terry) Avery. Tragically, Terry Avery passed in 1979.

While still at the University of Washington, Charlie was called back into the service in 1950 for the Korean War and then made the Navy his career. He served on the USS Bairoko 1952-54, USS Oriskany 1954-55, the USS Randolph 1951-1959 and the USS Enterprise 1963-65 and lastly 1967-69. Charlie started out as a seaman in 1943 but moved up through the ranks, becoming an officer in 1960. He retired from the Navy  in 1971 having earned the rank of Lieutenant Commander specializing in catapult and arresting gear.

During Charlie’s Naval career, he moved his family much less than most military families. The Navy worked with Charlie so that his blind daughter, Denise could be integrated into the better public school systems for the blind which were in New Jersey and California. His family lived in Jersey from 1955-1967 and then moved to Sonoma in 1967 when Charlie  was transferred to Alameda Naval Air Station for his final tour of duty.

After retiring from the Navy in 1971, Charlie began his second career selling real estate for Valley of the Moon and DeAnza Realty. In his free time he played golf, a passion that began after he became a commissioned Naval officer in 1960. In the early 80’s he fully retired which enabled him to commit to just playing golf, achieving three “hole-in-ones” over the next forty years. He was a member of Oakmont’s Saturday’s Men’s Club and also played many other local golf courses. It was not unusual for Charlie to play seven days a week and often play two games in one day. On his 90th birthday, Charlie had the pleasure to play a short round of golf at Oakmont with both his son, Chuck and daughter, Cathy. They were rained out at the 12th hole but it was a very memorable day for all. Charlie stopped playing golf a couple of years ago, switching to his other passion of playing penny slots at the local Indian Casinos.

Charlie has been an active member of the Sonoma Valley Branch #66 Sons in Retirement (SIR) and the Sonoma Moose Lodge #2048 since 1998. He was also a lifelong blood donor. He donated his first pint as a young sailor aboard the USS Lexington in 1944. His lifetime donations totaled an amazing 20 gallons.

Charlie has had a life well lived. Charlie was honest as the day is long and a straight shooter. You never had to wonder what Charlie thought because if he had something to say, he would say it (directly to your face or in his frequent letters to the editor in the local paper). He was part of the greatest generation and will be missed.

He is survived by his son Chuck Avery (Linda), daughter Denise Albriton (Brian), daughter Cathy Thomas (Kathy), grandson Joshua Houchin, many cousins and friends. There will be a graveside service with Military Honors at Mountain Cemetery, 90 First Street West, Sonoma, CA 95476 on Tuesday, August 31, 2021 at 10:00 a.m.  A memorial service is planned at the Moose when it is safer to gather.

Also, check back to this web page as Memorial Service day/times will be posted here once set.

To send flowers to the family or plant a tree in memory of Charles Gayle Avery, please visit our floral store.