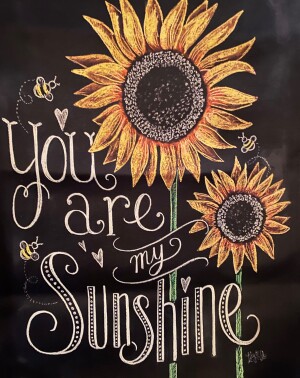 Beverly Anne Mellor passed peacefully in her home in Cotati, CA during the quiet evening of December 25, 2021, with her devoted husband at her side.

Beverly was born June 1, 1938, in Santa Rosa, CA to parents John & Geraldine Togneri. Bev, as she was known to many, spent her early life with siblings on the Colombo Family Dairy in Bodega, CA. She attended the Potter School in Bodega, and Tomales High School where she was a cheerleader.

Beverly married Alvin Bresciani in Reno, NV in 1956. They purchased one of the first homes built in Rohnert Park, CA, and had two children: son, Alvin and daughter, Cindy. They started a hay business in the Marin-Sonoma area as Beverly maintained the books as office manager and raised their children.

In 1986, Beverly married the love of her life, Roland Mellor at their home in Cotati, CA, where they built a life filled with unconditional love and unmatched hospitality for their family and countless friends whom Bev considered family.

Bev was a dedicated volunteer who raised money for community needs and scholarships as a member of the North Bay Dairy Women’s Association, and Marin-Sonoma Italian Club. She was an active participant in the Penngrove Social Firemen Club, the Druids, the Elks, and the Women of the Moose, where she always wore a smile-and-a-wink on her face as she catered events with Roland and their friends, ending these evenings with dancing on the tables singing “You Are My Sunshine.”

Bev coveted her roles as wife, mother, auntie, cousin, and especially “Noni” to a beautiful, blended family she loved celebrating. She proudly served as wagon master over decades of camping trips with her beloved family of friends she corralled from different regions of the country. She held all her friends very dear to her heart, including her childhood friends of seventy years, Harriett & Louie Bresciani.

She is survived by her loving husband, Roland Mellor, who stood with her faithfully through her three-year battle with cancer. She is also survived by sister, Carole Colombo; brothers, Arthur (Caroline) Colombo and Edward (Connie) Colombo; her children, Alvin Bresciani Jr. and Cindy (Tom) Waterson; and stepson, David Mellor.

A private family service was held at the Turlock Memorial Park, where Beverly was laid to rest.

To send flowers to the family or plant a tree in memory of Beverly Anne Mellor, please visit our floral store.

A Memorial Tree was planted for Beverly