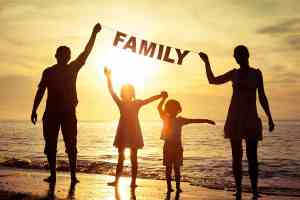 Ann Josephine Grech Fratessa passed away early Christmas morning, December 25th, at the age of 92, in Sonoma. From the Maltese community in San Francisco, she was the fourth of five children of Charles and Maria Grech, the first one born in the United States. Her mother died in January 1936, when Ann was not quite 9 years old and her baby sister Rita was 3. Even with older sisters and brothers, along with the larger family and Maltese community, Ann took a major role in caring for Rita as they grew up in Bayview district, and the bond between the two has always been particularly close.

After the war, and graduation from Balboa High School in 1945, Ann worked at the San Francisco Naval Shipyard at Hunter’s Point, and her social life swirled around the Maltese church just off 3rd Street near the Bayshore, Saint Paul of the Shipwreck, a center for the whole neighborhood. She met Leo (“Bud”) Fratessa in 1948 and they married in 1953, first living on Lapham Way and then moving into a new house on Fratessa Court, walking distance from the church in Visitacion Valley. This was old-time San Francisco, residential, working class, full of serious gardens, chickens, and if you were Maltese, rabbits – a world away from the piers, the famous hills, the Sunset, and the financial district – though next door to what became Candlestick Park.

Soon after 1960, they moved to the western part of Daly City, just off Lake Merced, near the time when Bud bought 40 acres on the east side of Sonoma, north of East Napa Street and east of Lovall Valley Road. For all that Ann had always been a city girl, she fell in love with Sonoma as “the country,” which back then could truly be said. There was always a hope that she could end up in this promised land, and finally, they were able to build a home along Haraszthy Creek among the live oaks on the last parcel of the original 40 acres. From 1991 until she moved into assisted living in 2017, this was her anchor.

Ann was born into a hard life, where the Depression and then the loss of her mother brought bleak circumstances. For her, a tidy and beautiful home was something to be fought for, to create and maintain with determination. In the family, she was famously meticulous, demanding that every detail be in perfect place. Yet this meticulous home was then to be shared, especially with family. With Ann’s brother and three sisters, with all their children, there were plenty to share, and Ann’s house was often the location of big holiday gatherings. She loved the energy of her home brimming and boisterous with family, and she embraced the effort that went into making it work.

For all her preoccupation with home, as Marc and Nancy grew older, Ann could be drawn outside it as opportunity or need inspired. While the children were at Saint Thomas More School, she played a major role in starting a school library and spent hours at home preparing books and their filing. Later, when the Serramonte Center opened in 1969, Ann went to work at Macy’s and continued there until her retirement, making close friends and putting to good use her eye for design and care with detail, numbers included. It was only when the house was ready in Sonoma that Ann left Macy’s and settled into the home she had long dreamed of, where she lived longer than in any other.

Ann Fratessa’s world was divided between San Francisco and Sonoma, with Sonoma her resting place. Sonoma brought her peace and constancy, especially in her house under the oaks at the end of East Napa Street. She and Bud found a settled life in the rhythms of the town, with more and more of the younger generation moving up to the North Bay, and they had been married for 59 years by the time of Bud’s passing in 2013. Their son Marc Fratessa is a cattle rancher in Texas, and their daughter Nancy Fratessa Fleming teaches math at Norwalk Community College in Connecticut. Ann had five grandchildren, Alessandra and Wyatt Fratessa, and Anthony, Elena, and Luc Fleming.

The memorial service will be held in Sonoma at Saint Francis of Solano at 10:00 AM on Friday, January 31st, with a Rosary immediately prior.

In lieu of flowers, donations in memory of Ann Fratessa may be made to:

Sisters of St. Joseph of Orange

To send flowers to the family or plant a tree in memory of Ann J. Fratessa, please visit our floral store.

You can still show your support by sending flowers directly to the family, or by planting a memorial tree in the memory of Ann J. Fratessa
Share a memory
© 2020 Duggan's Mission Chapel. All Rights Reserved. Funeral Home website by CFS & TA | Privacy Policy | Terms of Use