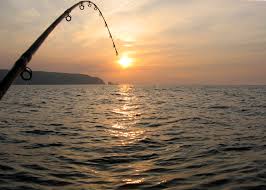 Wayne T. Wirick, Sr., 85, longtime Sonoma resident, volunteer firefighter, military veteran and local business owner died on December 16, 2018 at his home in Sonoma, CA, surrounded by his family. Wayne was born in Glendale and raised in Altadena, CA, one of seven children of Kirk Wirick and Catherine Ditty. Wayne was a high school basketball and football star and graduated from East Bakersfield High School in 1952. While serving in the United States Army, Wayne competed throughout Europe on the Army track team as a pole-vaulter. Following his military service Wayne worked as an oil well driller in the oil fields of Bakersfield, CA.

Wayne married the love of his life and high school sweetheart, Ann Hoggard. Shortly thereafter they moved to Sonoma to assist his father Kirk in operating Broadway Lumber Company. In August 1961, Broadway Lumber, located opposite Sonoma Valley High School, had a catastrophic fire, burning it to the ground. Following the fire, Wayne & his father became partners and rebuilt Broadway Lumber with the help and generosity of friends and businesses of Sonoma. From this event, a lifelong friendship was formed with valley local Ron Duer, who gave support to a family in need.

At the urging of his neighbor and dear friend, fireman Al Mazza, Wayne joined and enthusiastically served as a volunteer fireman for more than 24 years. Wayne was one of the three original pyrotechnicians that were instrumental in developing, supporting, and sustaining the annual Sonoma 4th of July fireworks display. He received a City Council proclamation honoring 35 years of participation in the fireworks event.

Wayne’s community involvement included coaching Little League, serving as a board member of the First Congregational Church of Sonoma, performed duties as a commissioner on the City of Sonoma’s Public Utilities Commission and served as a City representative on the Sonoma Mosquito Abatement District Board of Directors.

Following the sale of Broadway Lumber, he was a manager at Farrell’s Lumber and Yaeger & Kirk. In 1986, Wayne developed The Screen Machine franchise, a mobile window screening service selling franchises throughout California. Wayne also owned and operated Wayne’s Screen Machine serving Sonoma Valley for over 25 years. Just one of many examples of his generosity, is the story of Wayne, after completing a customer’s screen job, proceeded to fix a broken cuckoo clock for the customer, that he noticed was not working.

He was a skilled craftsman and mechanic and could repair or fix almost anything. He began his career at the age of 13 when he hung up his first sign that read “Wayne’s fix-it shop”, on the outside of a chicken coup. His young hands repaired furniture and broken appliances for people in his neighborhood.

Wayne had a great sense of humor. He teased, played jokes, and invented fun gadgets like his infamous outhouse model that exploded if you opened the door that said “do not open”, startling many and then accusing them of breaking his toy. When he would playfully wrestle with the grandkids, his well-known taunting phrase was “you can’t hurt steel!” He was also known to tell his grandkids stories that would begin with, “when I was a little girl.”

Wayne waterskied until the age of 75, and enjoyed his time around the campfire. He would never turn down a meal. He was known to effectively coerce just about anyone to “build him” homemade cookies or baked goods, with some friends loyally doing so, year-after-year.

During the last few years, he was lovingly cared for by Gerrard “Bola” and Savaira Garnett. Bola and Wayne became close friends. Wayne’s family will be eternally grateful for their compassionate care.

Wayne deeply loved his family, and will be forever missed.

For those who care to, donations may be made to Hospice by the Bay Sonoma, Meals on Wheels, the Sonoma Valley Fire Department Fourth of July Fireworks Fund, and Pure Adventure.org. A celebration of life will be planned in the future.

To send flowers to the family or plant a tree in memory of Wayne Thomas Wirick Sr., please visit our floral store.

You can still show your support by sending flowers directly to the family, or by planting a memorial tree in the memory of Wayne Thomas Wirick Sr.