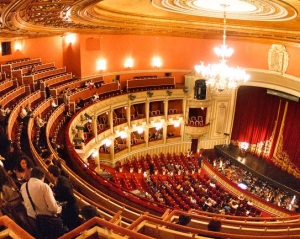 Wallace (“Wally”) Breitman died February 25, 2019 after a long battle with heart disease. He was 79 years old. Wally began living part-time in Sonoma in 1999 while courting his second wife, Monica Wohlferd, whom he married in May, 2000. He and Monica bought a home in Diamond A in 2001, and when Wally retired in 2003, he moved to Sonoma full-time. Since retiring to Sonoma, Wally was a founding Board Member of the Sonoma Classical Music Society in March 2004, served as President for four years, and was responsible for booking and scheduling artists for the Society’s annual performances. In 2004, Wally began as a volunteer host on KSVY, Sonoma’s community radio station, hosting, over the years, such programs as Classical Matinee, Breakfast on Broadway, Wednesday Night Classics, Sonoma Sunrise, Sunday Concert, and co-hosting the Monday Morning Show for a number of years. After converting to Catholicism in 2006, Wally became very active in the St. Francis Solano Parish, being a lector, an active member of the Knights of Columbus and directing the parish RCIA Program from 2008 through 2016. He loved helping people enter the Catholic Church and particularly enjoyed teaching the Gospel of John and classes on Catholic Social Justice and the History of the Church.

Wally was born on September 22, 1939. He grew up outside of New York City in Westchester County, went to Briarcliff High School, and received his Bachelor’s and Master’s degrees from New York University, majoring in English, philosophy, and American Civilization. Wally taught and administered programs at NYU for seven years, teaching English and English as a Second Language, co-administered four teacher training programs, and was Director of the Reading Institute. He and his family moved to San Jose, California, in the fall of 1968 when he became Director of the Center for Research and Advanced Studies at San Jose State College, where he was responsible for assisting teachers obtain Federal, State, and private foundation grants. In 1973, he left this position and became publisher and editor of “Federal Notes,” an international newsletter on grants and contracts, which he ran for 10 years. During 1975-76, he was also a chef in two restaurants in Los Gatos, where he learned that “I love to cook for my family and friends, but I hate to cook on demand!” During this time he served on the Boards of Santa Clara County Information and Referral, and Pathway Society, a social- setting drug rehabilitation program in San Jose. He became interested in Employee Assistance and for four years he was Director of the Pathway Employee Assistance Program and Director of the Santa Clara County Division of Walker and Associates. In the fall of 1982, he became Employee Relations Manager of the Semiconductor Division of Avantek, Inc., and for the next 21 years held increasingly responsible positions in hi- tech Human Resources, ending his career as the Sr. Vice President of Human Resources and Administration for Cymer, Inc., in San Diego. From 1992 until his retirement, he was able to travel the world extensively, meeting with personnel in subsidiaries and training personnel, managers, and executives.

Wally was preceded in death by his parents and his first wife, Ella Lurie Breitman. He is survived by his wife Monica, his daughters Catherine Cormier and Sasha Breitman, his son-in-law Mark Cormier, and his grandchildren Josephine and Samuel Cormier. There will be a Memorial Mass at St. Francis Solano Church, 469 Third Street West, Sonoma CA on Wednesday, March 13, 2019 at 11:00 am, with reception to follow. In lieu of flowers, please make contributions to Pets Lifeline.

To send flowers to the family or plant a tree in memory of Wallace Edwin Breitman, please visit our floral store.