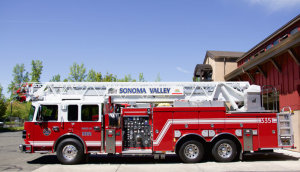 Tim was born on January 16th, 1962, to Harold “Bill” Gray and Dorothy Hazen Gray in Corcoran, CA. His family, including his older brother Jeff, moved to Sonoma in 1969 for Bill to be the principal of Sonoma Valley High School, and for Dorothy to teach kindergarten in Napa.

During his earlier years, Tim enjoyed being on the swim team, motocross racing, surfing, and making all kinds of mischief with his brother and friends. He attended local schools Prestwood and Altimira and graduated from SVHS in the class of 1980. He went on to earn a B.S. in Geological Sciences from San Diego State University in 1985. After graduation, Tim married his high school sweetheart, Andrea Smith. They moved to Texas, where Tim earned an M.S. in Petroleum Geology in 1987 from Texas A&M University.

After working in the Texas oilfields, where the couple made more lifelong friends, Tim and Andrea returned home to Sonoma in 1991 where they formed their real estate development business, Gray Oil & Land L.L.C., and construction company Gray Company Inc. Together, with the help of numerous talented people in the trade, they built many gorgeous homes throughout the Sonoma Valley.

In 1995, Tim and Andrea welcomed a son, Peter, and in 1998, a daughter, Alison. Tim loved being a father and husband, from coaching his children’s soccer teams to taking his family skiing and snowboarding every year in Tahoe. He was also an avid reader who loved history and working on cars. He enjoyed playing golf, tennis, and pickleball with friends. Until his passing, he and his wife had a loving relationship that lasted 40 years.

Tim was a pillar of the community, always ready to help those in a time of need. In October of 2017, Tim and several friends and neighbors banded together to lead an offensive against the fires to save Mission Highlands and Boyes Hot Springs, using his beloved vintage fire truck. This is just one example of how Tim cared deeply for his hometown.

After a brief but intense battle with depression and anxiety, Tim took his own life.

Tim’s family would like all who knew him to remember him for his quick wit, love of his family and friends, and the time he got thrown out of the 4th of July Parade for wielding “Bring It On!” signs and restarting the community squirt gun fight, which had been banned a year earlier.

Services will be held at a later date. In lieu of flowers, donations may be made to Sonoma Valley Fire Department for the Fourth of July Parade & Fireworks. Andrea, Peter, and Alison would like to thank family, friends, and the community for all of their love and support.