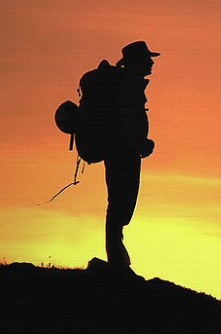 Ronald Edward Brasset passed away peacefully July 31, 2019, in the hospital, surrounded by his wife and family. He was the oldest of five children born in Halifax, Nova Scotia, Canada, in 1937 to the late physician and author Edmond A. Brasset and Sarah Ann MacNeil Brasset, both of Cape Breton, Nova Scotia. He was predeceased by his brother John and brother-in-law physician John Shearer. He's lovingly remembered and survived by his devoted wife of 46 years, Beverley, of Sonoma. He's also lovingly remembered by his son Corby Brasset (Petaluma), daughter Cherie Brasset-McCue (Todd) of Glen Ellen, grandchildren Seth (Clearlake) Sarah Sapp (Sonoma) and by a previous marriage, 13 grandchildren by his daughter Renee Vargus (David) of Santa Rosa, and Kathryn Williams (Jon) of Sonoma. Ron was a phenomenal brother, mentor and inspiration to his sister Donna Brasset-Shearer and brothers Jim and Paul.

Ron graduated from Mount Carmel High School in New Waterford, Nova Scotia, in 1956. He studied at St. Francis Xavier University in Antigonish, Nova Scotia, Sonoma State University, and graduated from the psychiatric technician program at Santa Rosa Junior College. He worked at Sonoma Developmental Center for 34 years. While employed there, he directed and narrated two documentaries of the then blind and deaf programs, which were shown at the Alexander Graham Bell Convention in San Francisco.

Ron and his father drove to California in the late '50s, establishing employment and residence. In 1959, then 22-years old, he returned to New Waterford, Nova Scotia, Canada, gathering his mother, four siblings and a dog to move to Sonoma. He often mentioned all the documents, immunizations and crating furniture that had to be done, and proud he could do that at such a young age.

Ron's passion was his wife and family. He looked forward to annual trailer camping in the Sierras at Plumas Eureka State Park, backpacking in the Sierra Buttes with his brothers, brother-in-law and friends. He especially enjoyed his early wine making days, earning many awards at the California Amateur Wine Competition at the Sonoma County Harvest Fair, from 1981-1989. He always looked forward to chanterelle mushroom gathering with the family and a picnic in the woods afterwards. He was a routine runner and ran several marathons. He loved classical music, Gordon Lightfoot, The Beach Boys, Celtic music, and Garrison Keillor's humor. He was an excellent photographer, especially of nature scenes. He enjoyed voluminous books and was well-spoken. Ron battled and survived Non-Hodgkin's lymphoma and a bone marrow transplant in 1992.

A heartfelt thank you to the doctors and nurses at the San Rafael Kaiser Hospital for their expert care for the three weeks he was in ICU.

Ron was an extraordinary human being who generously shared himself with others, respecting each person he encountered with dignity. He truly lived by his values of integrity, honesty, loyalty and his often-offered pearls of wisdom. He had his definite opinions, but was a true gentleman.

To send flowers to the family or plant a tree in memory of Ronald Edward Brasset, please visit our floral store.