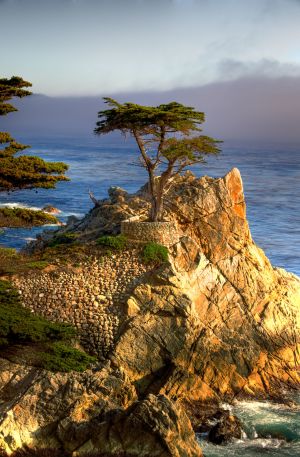 Roger Ralph Brandt died peacefully at his home in Sonoma, California, surrounded by family, on January 8, 2019. Roger was born in Glenwood City, Wisconsin, on December 17, 1936, to Lucille and Ralph Brandt. He grew up on the Brandt family farm outside of Wilson, WI, attending the neighborhood elementary school and graduating from Spring Valley High School, where he played various sports and won the Scholar-Athlete Award his senior year. He attended Augsburg College in Minneapolis and then transferred to the University of Wisconsin—La Crosse, where he majored in physical education and history.

Between his junior and senior years of college, Roger served in the United States Army, specializing in cryptography work in Germany and was later re-called during the Cuban Missile Crisis to teach cryptography at a US Army base.

Roger began his teaching and coaching career at Bloomington (Wisconsin) High School and later taught and coached at Melrose-Mindoro High School in Melrose, Wisconsin. He left teaching when he was recruited by New York Life Insurance Company, working first in the Milwaukee office, then in Philadelphia, New York City, and finally San Francisco. After retirement from NYLIC, Roger joined ABD, an insurance company in Redwood City, CA, where he worked as a lead underwriter until his second retirement, in May of 2002.

Roger loved travel and was interested in learning about new places, starting way back at Cady Lane School, when he kept looking at that bold black line down the western coast of the United States map in the front of the room and decided he wanted to be there, in California. He had visited almost all of the United States, including Hawaii, and had traveled to Australia, New Zealand, most Western European countries, Switzerland, Austria, Italy, Turkey, Greece, and the Baltic countries, as well.

Throughout his life, he enjoyed playing and watching sports, and played his last round of golf in July of 2018 at Glen Hills Golf Course. Roger had been living at Grand Oaks/Glenhaven, in Glenwood City, Wisconsin, since April of 2018; he enjoyed being back in the area where he had grown up, among siblings and their families, taking in Spring Valley Cardinal athletic events and local music and theatrical events, as well. He was a member of Wilson Lutheran Church.

Roger is survived by his partner of 28 years, Linda Scholer; by his daughter, Tracy (Tom) Heiner, and his son, Jason Brandt; by Linda’s son, Andrew (Amy) Scholer, and Linda’s daughter, Leah (Ben) Spero; by eight grandchildren and two great-grandchildren; by his sisters, Beverly Brooke, Barbara (John) Kirk, and Klover (Dennis) Schafer; by his brothers, Douglas (Mary) Brandt, and Rex (Janet) Brandt; and by numerous other relatives and friends.

Memorial Contributions may be made to Sonoma Valley Hospital, Vintage House, and Glenhaven, Inc., the assisted living residence Roger had resided at in Wisconsin from April 2018-December 2019--the address is 612 East Oak Street, Glenwood City, WI 54013.

To send flowers to the family or plant a tree in memory of Roger Ralph Brandt, please visit our floral store.

You can still show your support by sending flowers directly to the family, or by planting a memorial tree in the memory of Roger Ralph Brandt