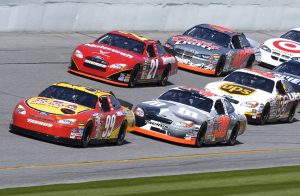 Born to parents Thomas and Carmen on the island of Malta, John grew up working the family farm alongside his six siblings.  After marrying in 1950, he and Sally dreamed of building a better life for their growing family.  Two years later, with two young children in tow, they immigrated to the United States.  Together they chose to risk all that was familiar, setting out to build the life they dreamed for their family.  Unsure if they would ever be able to return to their homeland, with little money in their pockets, and minimal command of the language, they set off to start a new life in San Francisco.  John worked tirelessly to make their dream a reality, working multiple jobs in many trades in order to provide for his family.

As the family grew to 5 children, John and Sally moved to Millbrae, CA.  Sally continued to devote herself to raising her young family as John applied his inherent sense of business and his strong work ethic to investments in real estate.  This is where he found his passion, and proved to be adept at it.  Although successful in building a life in the Bay Area, they dreamed of returning to their love of rural life, buying a 3 acre plot in Sonoma in 1980. There they enjoyed the country lifestyle, growing fruits, vegetables, and raising livestock of every kind.  It was their little slice of Malta.

In retirement, John began enjoying hobbies for the first time.  In addition to tending his vegetable garden, he became an avid cyclist, and remained so into his later years.  He had a passion for auto racing and frequently attended NASCAR races with friends and family, and was an active member of the Corvette club.  He and Sally enjoyed travelling together, including many trips back to Malta.  After losing his wife of 57 years in 2007, his faithful dog Kasey became his constant companion, always by his side.  John was a lifelong faithful Catholic, attending 7:30 mass at St Francis Solano Church and serving as an usher for many years.

Passionate and social by nature, John connected to others with ease.  He enjoyed conversation, had a good sense of humor, was quick to tell a good story, and especially loved offering advice.  Whether in person or on the phone, he was always there to share his thoughts.  He was a vibrant force in our family, and his irreplaceable presence will be deeply missed.