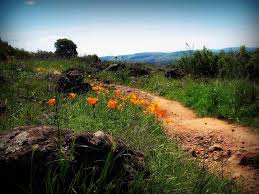 James Delbert Nelson, dedicated, generous and loving husband, family man and friend to many, passed away peacefully with loved ones by his side on Thursday, July 18, 2019.
Jim was born on April 17, 1944 in Iowa City, IA to Delbert and Verda Nelson and spent his youth on the family farm in Mt. Pleasant, Iowa. In 1963, as a 19-year-old college student, Jim was accepted into the Peace Corps and served in Udaipur, Rajastan, India for two years where he helped to create one of India's first commercial poultry industries. At the end of his beloved Peace Corps service in India, he returned to college where he met his wife-to-be, Barbara R. Erb.
Jim and Barbara were married in Perry, MO on November 22, 1967. Following their nuptials, the newlyweds drove the length of Route 66 in Jim's MG to San Jose, CA to begin their married life and to allow Jim to finish his degree in International Relations at San Jose State University.
In 1969, Jim and Barbara were accepted into the Peace Corps in Colombia. They served in Caquetá, located in the Amazonas Region of the country. There they honed their fluency in Spanish and worked with local farmers and households in an effort to improve the agricultural, sanitation, and home economic conditions of the region.
Upon their return to the U.S. in 1970, Jim began his international business career with the world's oldest global poultry genetics firm, Cobb Breeding Corporation of Littleton, MA and was quickly assigned to their offices in Buenos Aires, Argentina. He and Barbara moved to BA a mere ten weeks after their first daughter, Andrea was born in 1971. In 1973, they returned to Massachusetts and their second daughter, Monica, was born. In 1976, Jim was hired by Arbor Acres Farm and the family moved to Glastonbury, CT. In 1977, their third daughter, Claire, was born. Jim worked and traveled internationally with Arbor Acres Farm (parent company of Nicholas Turkey Breeding of Sonoma, CA) until 1999 at which time he retired as Chairman and CEO of Arbor Acres Farm and as Board Member of AAF's parent company, Booker Group UK.
In 1998, after 30 years in Glastonbury, Jim and Barbara settled in Sonoma, CA and quickly adopted their new hometown and the friendly, family-like feel of their neighborhood. Jim was very active and played an essential roll in the preservation and universal enjoyment of the Montini Trail and Preserve. Rarely a day passed that Jim wasn't seen hiking the trail and greeting passersby as he communed with nature on his favorite path.
Jim is survived by his wife of 52 years, Barbara R. Nelson, his three daughters, Andrea Nelson (Pat Standley), Monica Mindel (Seth Mindel), Claire Sanz (Victor Sanz), and his three grandchildren, whom he adored, Evelyn Mindel, Samantha Mindel and Lucas Sanz. All of his family is dedicated to carrying on Jim's legacy of curiosity, respect and compassion for other people and cultures. Jim will be sorely missed by all those who knew him.
Should friends desire, contributions in Jim's memory may be sent to Doctors Without Borders  and Teen Services Sonoma. Our heartfelt thanks in advance for your gesture.

To send flowers to the family or plant a tree in memory of James Delbert Nelson, please visit our floral store.