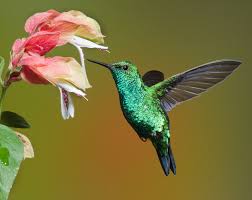 Hubert Paul Bernard, known by friends and family as “Hubie” or Hugh, passed away suddenly on November 27th following complications related to a stroke on November 16th.

He was born on July 12, 1950 in Managua, Nicaragua to Paul Emile, originally from Paris, France, and Amelia (nee Borgen) also of Managua, while they were on an extended visit to family in his mother’s home country.  In 1951 his parents returned to their permanent home in San Francisco.  There Hugh attended Most Holy Redeemer Grammar School and Sacred Heart High School. He went on to earn his Bachelor of Science at the University of San Francisco in Business Administration with minors in International Trade and Marketing.  While at USF he was a member of Delta Sigma Pi fraternity and participated on the track and field team.

After college he began his career in the banking industry, working many years for Wells Fargo.  During that time, he met a wonderful woman named Jo Obergfell.  They were married on April 19, 1980 at a small Las Vegas, Nevada chapel in a ceremony officiated by Reverend John E. Love. Three years, later they welcomed their first child Amélie Danielle while living in Redwood City, CA.  After Hugh and Jo purchased their first home, the small family moved to Petaluma, CA where their second daughter Ashlie Marie was born.

They continued to live in Petaluma for many years raising their two children, but in 2012 they opted for a significant change in scenery and relocated to the desert in Southern California. Hugh and Jo were married for 39 wonderful years before his untimely death. Hugh was predeceased by his parents and is survived by wife Jo, daughters Amélie and Ashlie and three dogs, Black Jack, Otis, and Carson.  He will forever be missed, remembered, and loved.

Friends are invited to Funeral Services at Duggan’s Mission Chapel in Sonoma at 11:30am on Friday December 20th. 525 West Napa Street. Reception/celebration of life to follow at Sonoma Community Center, 276 E Napa Street.

To send flowers to the family or plant a tree in memory of Hubert Paul Bernard, please visit our floral store.