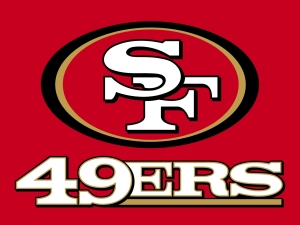 Harry Clayton Slack died peacefully in his sleep on November 15, 2019. He passed almost five years to the day after his beloved wife of 66 years, Carolyn, succumbed to Alzheimer’s disease.

Harry was born on June 15, 1923 in Wenatchee, Washington. He was a Certified Public Accountant, but that was his profession, not his passion. His great love was Carolyn.

They were married in July of 1948 at the West Seattle Presbyterian Church. Together, they traveled life’s roads, literally and figuratively. They spent almost as much time on the road as they did at home. They would hitch their travel trailer to the back of their sturdy Suburban and soon find themselves “on the road again.” They visited the family ranch, their children and grandchildren, and everywhere in between.

When they weren’t on the road, they were on the water; water skiing on a lake or sailing the seas on a cruise ship. And if they weren’t sailing on the water, they were floating across a dance floor; a perfectly matched pair, comfortable in each other’s arms.

Harry and Carolyn moved from Seattle to California in 1962 where Harry opened the first California location for Moss Adams LLP, one of the 15 largest public accounting firms in the United States. They lived first in San Carlos and then spent 25 years in Burlingame. In 1988 they moved to Creekside Village in Sonoma where they spent the rest of their lives. They had three children: Debbie, Kelly and Holly. Harry is survived by all three of their children and their families, including six grandchildren and nine great-grandchildren.

Harry was a Navy veteran of both World War II and the Korean War. He was a natural musician who favored Big Band music and who could pick up almost any instrument and soon be playing it by ear. And, when he wanted to be quiet and enjoy some time by himself, he enjoyed his extensive collection of First Day Cover stamps.

A Celebration of Life will be held for Harry on December 15 at 2 p.m. at the Sonoma Valley Community Church. The church is located at 181 Chase St. in Sonoma. Harry’s family requests that, in lieu of flowers, donations be made to the Alzheimer’s Association of Northern California, 2290 N. First St., Suite 101, San Jose, CA 95131.

To send flowers to the family or plant a tree in memory of Harry Clayton Slack, please visit our floral store.