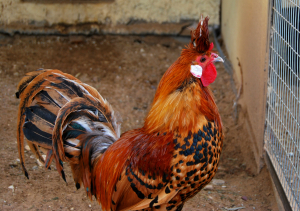 It is with great sadness that Gerald J. Marino passed quietly and peacefully on February 26, 2019, at UC Davis Medical Center with his family by his side.  Jerry was born in San Francisco, CA on August 29, 1939, to Milton Marino and Rose Moresco Marino.  The family moved to Sonoma, CA in 1952.  Jerry attended Corpus Christi Grammar School in San Francisco, St. Francis Solano School and Sonoma Valley High School in Sonoma.  He also attended Santa Rosa Junior College, San Francisco State University, and UOP Dental School. He lived the rest of his life in Sonoma where he first opened and operated Marino Family Shoes. He was a lifelong parishioner of St. Francis Solano Parish and loved his weekly coffee group after 7:30 Mass at Basque Boulangerie. In the ensuing years he was the owner of Marino Distributing Wholesale Beer and Wine.  He was also the owner of the Chicken Car Wash and a real estate investor. Jerry’s ranch in Pope Valley held a very special place in his heart. His many interests included playing Pedro, Bocce, and Golf, spending time with family, and socializing with the many friends he has made throughout the years. One could often find Jerry at one of his grandchildren’s sporting events be it football, Little League, basketball, volleyball, or soccer.  He had so many fun-filled years as a Board member of the Sonoma County Fair where he so enjoyed the daily horse races with his many friends.  Jerry was always interested in city politics, much to the sometimes chagrin of city officials.  He leaves his wife of 54 years, Dianne Marino, daughters Christina Harney (Christopher), Lisa Dierking (John), Melissa Weiss (Judd), and grandchildren, Sophia, Matthew, Katherine, Jack, Grace, Will, Wyatt, Garrett, John Henry (deceased).  His feisty spirit and business acumen will be sorely missed.  A little piece of Sonoma Heart is gone.

A Funeral Mass will be held on Tuesday, March 5, at St. Francis Solano Church, 469 Third St. West, Sonoma, at 11 a.m.  Following Mass a Celebration of Life will be held at The Lodge at Sonoma Renaissance Resort & Spa, 1325 Broadway, Sonoma.   Memorial Donations in memory of Jerry may be made to the Leukemia and Lymphoma Society, or to the organization of one’s choice.

In Sonoma, a Chicken Fight For the Town's Historical Soul

By Nick WingfieldStaff Reporter of The Wall Street Journal

SONOMA, Calif. -- Anglo rebels seized this town from Mexico in the 1846 Bear Flag Revolt, and their symbolic grizzly bear now adorns the state flag fluttering over Sonoma Plaza. Rebels are afoot here again, and they're adorning the town with another flapping symbol: the live chicken.

The birds appear mysteriously, often dropped off in the night. A Langshan shows up behind a library. A Cochin appears in a park. A Rhode Island Red materializes in the plaza.

Townsfolk know what the cacklers signify. For years, chickens have made themselves at home in and around Sonoma, a town of about 9,000 people some 45 miles north of San Francisco in California wine country.

Many townspeople have viewed the chickens as fond reminders of a country life that fades more with the appearance of each new subdivision. Some city officials, business owners and residents deride them as nuisances, and city officials have responded with repeated poultry purges. Chicken lovers have retaliated with a guerrilla protest that involves surreptitiously dropping birds off in public places and a chicken "roost-in" in the plaza.

The nearby Sonoma County town of Petaluma promoted itself as the Egg Basket of the World in the early 1900s for its prodigious poultry farming. And Sonoma County still retains much of its rural character, with close to 50,000 acres of vineyards.

The country charm is part of what attracts lines of cars filled with weekend wine-swillers. But the country life loses some of its appeal when roosters crow at 2 a.m.

"I think of the chickens as part of Sonoma," says Bob Entwisle, a sales manager for a contact-lens maker. "When we pave over everything and get rid of everything disagreeable to people, it will be like any other town."

Often these days, the mystery fowl show up at the Chicken Carwash, where the man locals call Chicken Jerry has become the latest rallying point for the rebels. Until recently, Gerald Marino's carwash, about eight blocks west of the plaza, was home to one of the town's largest chicken colonies. More than 100 scratched freely around his property. The birds started showing up voluntarily more than a decade ago, Mr. Marino says, and he gave them a home.

The birds attracted customers, Mr. Marino says. "This whole tree would be just like a Christmas tree at night -- brown, red, white," he says, nodding at an expansive black-walnut where chickens roosted.

But neighbors squawked about Chicken Jerry's poultry population. Wendy Watkins-Stewart, co-owner of the El Pueblo Inn across the street, says the chickens tore up the hotel's landscaping and awakened guests, costing her $400 to $500 a year in replantings and refunds. On the other hand, she concedes, "they've made some great enchiladas."

Last month, a Sonoma County judge ordered Mr. Marino to get rid of most of his chickens after neighbors filed complaints in small-claims court. His flock now is six hens -- and a Polish rooster dropped off by a chicken vigilante -- all of them housed in a chain-link dog cage.

But the rebels have swung into action. Fresh fowl are already showing up at the carwash: Two plump hens wandered the grounds on a recent afternoon, having been dropped off by somebody the night before, Mr. Marino suspects.

At the center of Sonoma's chicken fight is a feisty 76-year-old local breeder, Robert Cannard, who keeps coops of Langshans, Orpingtons and Rhode Island Reds behind his house a few blocks from Sonoma Plaza. In the late 1960s, Mr. Cannard, a former member of the city council, says he introduced a small number of chickens, with a state ranger's permission, behind the historic Mexican army barracks across from the plaza.

A history buff, Mr. Cannard says he was attempting to re-create a small part of Sonoma life that existed during the days of Mexican rule. Chickens also have a special significance to Mr. Cannard, who grew up on a Pennsylvania farm. "I've always been a student of poultry," he says.

Mr. Cannard suspects the birds he installed at the barracks migrated to other parts of town. By the early 1980s, Sonoma Plaza -- an eight-acre plot of sparkling ponds, picnic grounds across from city hall flanked by wine shops, hotels and restaurants -- became home to a dozen or more chickens that lived on handouts from charmed tourists, multiplying all the while. Some time in the 1980s the Chicken Carwash became the other roost of choice.

Along the way, some townspeople developed a fondness for the birds. Candi Smucker, owner of the Baksheesh gift shop across from the plaza, says a trio of chickens crossed the road to her shop so often she named them: Maybella, Buffy and Ramon. One day, Buffy headed for a cozy corner of the shop, cackled and laid an egg. She then repeated the ritual more than a dozen times.

But city officials wanted less barnyard atmosphere. In an early purge, the city tried to clear birds from the Chicken Carwash. One night the city prosecutor, Bob Smith, personally knocked sleeping chickens out of the tree at the carwash as the local fire and police chiefs caught the plummeting poultry. Mr. Smith says his 11-year-old daughter collected eggs. But new birds kept showing up.

In 1999, the town mayor at the time, Phyllis Carter, took on the beloved flock in the plaza. Responding to complaints and fears about children chasing the birds, she ordered city crews to begin thinning the chicken population in the plaza. "My position was they didn't belong" there, Ms. Carter says.

Rooster boosters went wild. In perhaps the most spirited plaza rally under the banner of an animal since the Bear Flag Revolt, more than 70 people turned out for a "roost-in," waving picket signs that read "Save the Plaza Peckers" and "Cluck City Hall." There was talk of a chicken patrol that would guard the birds from arrest. Mr. Marino helped organize the protest, but he had plenty of support among people who had grown acquainted with the chickens' charms.

The city ditched the campaign to remove the chickens from the plaza, but by May 2000 there was trouble again. After the protests the previous year, chicken supporters began dropping birds off and the poultry population began getting unruly, partly because of an overabundance of aggressive roosters, says Ken Brown, the former mayor. The cocks didn't mix well with children in the plaza: One boy just missed having his eye scratched by the talon of a rooster.

The city council voted to relocate the birds, and rangers have taken away most of the plaza chickens in the past month.

The cycle of crowing continues: Chickens continue to be dropped off around town, and the city continues to relocate them. The preferred method for a chicken drop involves stuffing a bird into a bag and leaving it in a dumpster. Mr. Brown doesn't think Sonoma's most visible rooster boosters -- Messrs. Marino and Cannard -- are behind the drop-offs. Both men deny they've abandoned chickens. Mr. Cannard says he knows, but won't identify, some of the chicken vigilantes. He hears the drops will continue in protest of the city's treatment of Mr. Marino.

"Every time the city thinks they've gotten rid of them, the public notices they're gone and then they drop off more," says Mr. Cannard. "It's happened a dozen times."

To send flowers to the family or plant a tree in memory of Gerald J. Marino, please visit our floral store.

Charity of Your Choice