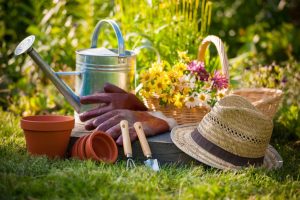 Emma Margaret (Varenhorst) Field, affectionately known as Emme, Mom, Nana or Auntie Em, died at age 94 on September 1, 2019 of pancreatic cancer. She also suffered from Alzheimer's disease. Emme was born February 23, 1925 in Hart, MI to John and Alida Varenhorst, where John owned the Hart Bakery. She attended the Hart Public Schools, graduating from High School in 1943.

After graduation from Hart High School, Emme worked for Dr. Holly as a medical assistant, also training in X-ray. Later, she moved to Muskegon to work for Dr. Wood as an X-ray tech. She roomed with her dear friend Phyllis Wieber who introduced Emme to Frank Robert Field, Bob.  Emme and Bob started dating and the rest is history.

They married on 12/31/49 and enjoyed 46 years of marriage until Bob's death in 1996. They shared many travels across this country, following Bob's career with Lockheed Aircraft in customer service. Daughter Mary was born in 1955, Son Robert was born in 1959. Emme was a stay at home mom during her travels with Bob. She was active at the children's schools, serving in many positions including president of PTO. In 1970, Emme went back to school to update her training in X-ray and was certified as a diagnostic radiologic technician in 1972, licensed in CA. She retired from this career upon Bob's retirement from Lockheed. They enjoyed many travels back home to Michigan to visit family and friends. Days spent at Lake Michigan were the best.

Emme loved to read, she always had a book in progress. She learned to refinish furniture in the 60's, her first project a sideboard from the Field family farm. She enjoyed being outdoors, working in her garden. There was always a deck of cards laying around for her nightly games of solitaire. As children, mom taught us to play hell, a solitaire variation. She was very competitive.

When Robert junior was born in 1981, Emme was "too young" to be a grandmother, so she chose to be Nana instead. Robert junior couldn't say grandpa, it came out Bumpa. Nana and Bumpa doted on their 5 grandchildren, all boys. Christopher was born in 1984 and Devin 1985. Rod and Jay joined the clan in 1993 & 1996. There were many camping trips, bicycle rides, beach time and Disneyland.  After Bob died, Emme moved to Sonoma in 1999.

One definition of the name Emma is caring one. This was such an appropriate name for Emme. Family and Friends speak of her hugs and loving smiles. She was a second mother to many of Mary's friends. She was an active volunteer in her retirement: at Los Angeles Public Library, Lancaster branch, at Father Serra Parish in Lancaster, as a Library Angel at St. Francis Solano School and at the Church Mouse Thrift Shop in Sonoma.

A Mass of Christian Burial will be held at St Leo's Catholic Church on September 20,2019 at 11:00. Reception will follow the service.