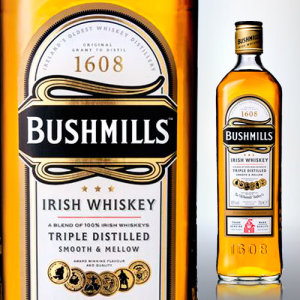 David Frederick “Fred” Davison passed away unexpectedly on Wednesday November 6th 2019.  Fred was born January 30th 1940 in Ballycoan (Belfast), Northern Ireland, the 2nd of 5 children.  After leaving school at the age of 14, he worked as a plumber before turning to auto repair which would be his passion for the next 65 years.  An entrepreneur at heart, he started his own very successful repair shop which at one time employed 5 people.  At the age of 47, he sold everything, and emigrated to the United States with his family, Jean, Robert, Lisa and Richard.  Within a few months of moving, he once again had his own shop, running Shamrock Service Station on Arnold Drive until his retirement in the mid 2000’s.  In the early 90’s he divorced and after a few years, married Joyce (Tracy) Davison, and they were together until her passing in February of 2018.  Hard work was nothing to Fred, he would often work 7 days a week, and when he wasn’t working on cars, he was working around the house, unable to sit still.  There was nothing he couldn’t fix or do.  A keen motorcyclist, he competed for many years and travelled throughout Europe supporting Team Ireland ISDE.  He is preceded in death by his father Robert, mother Mary Isabella and brothers Tommy and Robert, “Raymond”.  Survived by sons, Robert (Denise) and Richard (Patty), daughter, Lisa Stahl (Jim), along with 6 grandchildren, Ben, Emily, Peter, Jameson, Fiona and Chelsea, along with step-children Erin George (Joe), Jennifer Caesar (Gary), Julie Samrick (Brian) and Suzanne Ashimine (Jeremy), as well as his former wife Jean Jordan and sisters Margaret Watson of Melbourne, Australia and Jean Drennan of Carryduff, Northern Ireland.  He will be missed by many.  A memorial service will take place Wednesday, November 13th, at 2:00 pm at St. Andrew Presbyterian Church in Sonoma.  In lieu of flowers, please feel free to donate to Alzheimers/Dementia research at http://www.alz.org/norcal/in_my_community_donate.asp