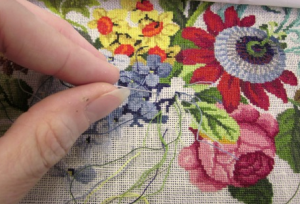 Caroline Nellie (Wood) Morgan, age 95, of Sonoma, California passed away peacefully on January 12, 2019 at 1:04 AM at Sonoma Post Acute in Sonoma.

Carol was born on November 28, 1923 and raised in Milwaukee, Wisconsin with father Dave, mother Louise, brother Leroy and numerous dogs. She attended grade school, junior and senior high and University of Wisconsin in Milwaukee where she always excelled as a student. She was later a Mensa Society candidate.

She was a USO hostess during WWII and met Bob Morgan in the spring of 1943 at a USO dance when Bob came to Milwaukee on liberty from Gunnery school in Illinois. Two weeks later they were a “twosome”, spending time together on weekend dates. When Bob completed training, he was shipped out. Other than letters and an occasional phone call, they had no personal contact for the two or more years before December 1945.

With her true love gone to war, Carol continued her education at UWM, but that wasn’t enough for her. Like many women, she decided to do her “bit” for her country. On July 13, 1944 she enlisted in the Navy. With her educational background, the Navy made her an instructor. After training, her rating became Specialist Third Class G USNR. She was finally stationed at Newport, RI at a Navy Gunnery School where she instructed in the shooting of 20- and 40-mm machine guns. (She lost hearing in the right ear as a result).

After the war, the first thing Bob did was to call Carol from Tokyo and ask her to meet him in Rochester, NY at his parents’ home. They were engaged and then married by the family pastor in the parsonage on December 15, 1945. The rest is history and a great love story.

After Bob and Carol were both discharged from the Navy, they lived in Rochester, NY, then moved to Milwaukee, Wisconsin. They raised four children: three boys and a girl. Carol worked as a secretary until her retirement from Ernst & Young Accounting firm at age 68. That was followed by travel, lots of dinners and dances at Masonic events and time spent with good friends.

But finally, the snow and ice and cold weather got the better of them. They had two children and families in Wisconsin and the other two in California. So, it was a no brainer – they decided to move West. This happened March 1, 2003 when after a hard winter, they sold their house, loaded the car, and along with Fluffy the cat, headed West. They never regretted it.

All her life, Carol was an avid reader – her second home was the Library – and an excellent bridge player. She also did exquisite counted cross-stitch needlepoint, frequently having a canvas on her lap to work on. She exhibited her work on occasion at the clubhouse in Pueblo Serena where she and Bob lived. She was a lover of cats and dogs and had many special pets over the years.

Carol loved her family and was tremendously proud of them.

Carol was preceded in death by her brother.  She is survived by her husband Bob and their four children:  Jim Morgan and his wife Judy of Sonoma, CA; Linda Cottington and her husband Merrill of Madison, WI; Rick Morgan of Rocklin, CA; and Bill Morgan and his wife Carla of Mequon, WI. Last, but not least, eight grandchildren: Stacy Turner, Jeff Morgan, Johnny Roberts, Justin Morgan, Michael Morgan, JP Morgan, Taylor Morgan and Nicole Morgan and one great-grandson: Noah Turner.

A memorial service will be planned for a later date.

To send flowers to the family or plant a tree in memory of Caroline "Carol" Morgan, please visit our floral store.

You can still show your support by sending flowers directly to the family, or by planting a memorial tree in the memory of Caroline "Carol" Morgan