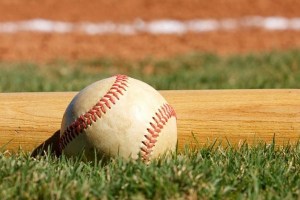 Barbara Ann Zepponi, 89, was called to her heavenly home on October 21, 2019.  She passed away as she’d lived, among family -- quietly and with little fuss.  Barbara was born in San Francisco as Barbara Green on July 21, 1930 to Grace (Farr) and Wallace Green and was raised as the beloved stepdaughter of USN Capt. Frank J. Peterson.  Her earliest years were spent in Hawaii before she moved to live with her grandmother in Oakland.  As WWII approached she returned to SF to finish elementary school, and then attended Galileo High School in North Beach where she fell in love. She eventually married her high school sweetheart, Gino Zepponi.

Barbara studied Broadcasting at San Francisco State, and though an audition landed her an acting role in an early TV soap opera, she chose instead a life as a wife, mother to six children, and grandmother to eleven. Barbara raised her family in Citrus Heights before moving to Sonoma, and eventually St. Helena in 1979.

She always loved cooking, and especially enjoyed hosting her large Italian family’s Thanksgiving feasts.  Barbara was the last remaining founder of ZD Winery which, in 1969, was founded by two couples in Vineburg (Sonoma) then later moved to Napa Valley at the forefront of the wave of the wine industry’s popularity. Because wine is as much passion as it is production, she founded Women’s Technical Wine Group as a tasting club for the wine-makers’ spouses to self-educate and to aid their participation in what, at that time, was mostly a male-dominated industry.   This group expanded to several hundred members and continues with both men’s and women’s groups today.  Following Gino’s tragic death 34 years ago, Barbara became an extensive world traveler with a special love for Asia.  Her favorite adventures were with Elderhostel (now Road Scholar), through which she made dear friends and served as an English teacher to children in Poland.

Barbara became involved in local community theater and did voice-overs for KVYN Radio in Napa. She was an active member of the Screen Actors Guild (SAG) and (in our eyes) “starred” as an extra in several TV shows and movies made in the Napa area. She loved reading and enjoyed writing poetry and short stories with her writing group.   In her last year of life, Barbara moved to Laguna Hills to live under the loving care of her daughter-in-law Leslie and son David.

A viewing will be available from 4:00-8:00 pm at Duggan's Mission Chapel, 525 W Napa St in Sonoma on Tuesday, October 29th with a Rosary prayed at 6:00.  A funeral mass will be offered in Sonoma at Saint Francis Solano Catholic Church the following day, October 30, at 12:00 P.M. You are welcome to attend a reception, following the funeral mass, at Faith Lutheran Church's Parish Hall, with food and refreshments--Please RSVP to Lia Zepponi at liaezepponi@gmail.com or 707-494-9750.