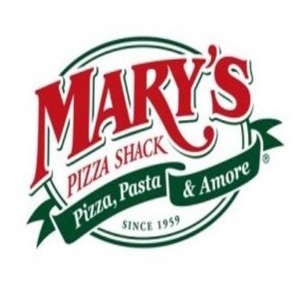 Anna Gladys (Albano) Byerly, 87, peacefully returned to God in the early hours of October 31, 2019, at home with her family by her side. Born in San Francisco on October 27, 1932, to parents Mary C. Mattera Albano and Vincent Albano, where she lived with her younger brother Anthony “Toto” Albano. Her early years in San Francisco were spent with her maternal grandparents learning and loving the Italian culture of cooking and family gatherings in her neighborhood of North Beach. In 1946, the family moved to Sonoma where she graduated from Sonoma Valley H.S. As a young woman she loved visiting Ischia, Italy where her family roots originated. She continued to visit often throughout her life. She later worked as a Psyche Tech at Sonoma State Hospital where she met her future husband Charles T. Byerly. While she loved her work, she left to fulfill her dream of starting a family. The highlight of her life was watching her children; grand and great grandchildren grow and flourish. In 1959, Anna worked alongside her mother, Mary Fazio, brother and sister-in-law, Toto and Peggy in a pink shack along Highway 12, which became known as Mary’s Pizza Shack. In the early days of the first restaurant before fresh herbs became a supermarket staple, Anna would swap pizzas for fresh bunches of sweet basil grown in their neighbors’ backyards. Other favorite pastimes were spent visiting Yosemite and camping along the coastline. She hosted regular poker games with family and friends, and had a love for hosting holiday gatherings. We will miss deeply the unconditional love she shared as a mother, sister, aunt, Noni, and best friend. She is survived by her three children Mary Byerly, Robert Byerly, and Charles Byerly (Kathy), as well as three grandchildren, Joshua Wacker, Trisha and Jacob Byerly, and two great granddaughters, Annalie, and Raine, and predeceased by her beloved husband Charles T. Byerly. Anna had a multitude of talents but will forever be remembered for her bigger than life spirit. She was unique and genuine; Anna loved life and was the best part of anyone’s day.

In lieu in flowers, donations may be made to St. Joseph Health Hospice of Petaluma, or Pets Lifeline, or Meals on Wheels - Sonoma